We end this month with a new update, which will be available later today (or might even already be available). Let’s see what’s new! 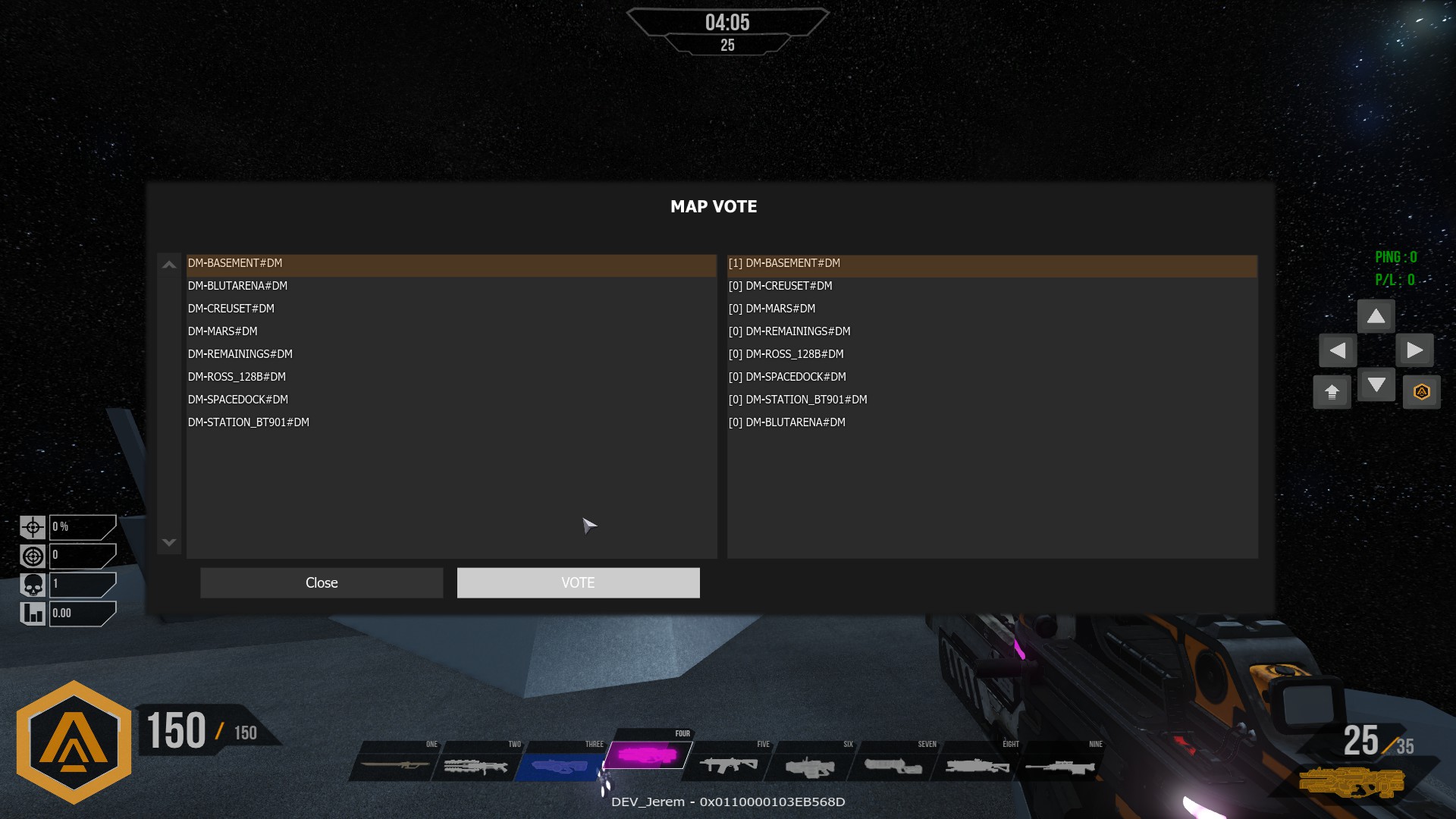 This option is activatable with a server command line with ?EnableMapVote=1.
For example:

When it’s active, the map vote interface will be displayed after the statistics. You will also be able to vote during a match. If the majority of the gamers voted, the server will force the end of the match and automatically load the desired map.

Second, is a little update of the scoreboards. Your Steam avatar will now be displayed. If you are playing with bots, “Master Arena” logo will be used by way of an avatar. 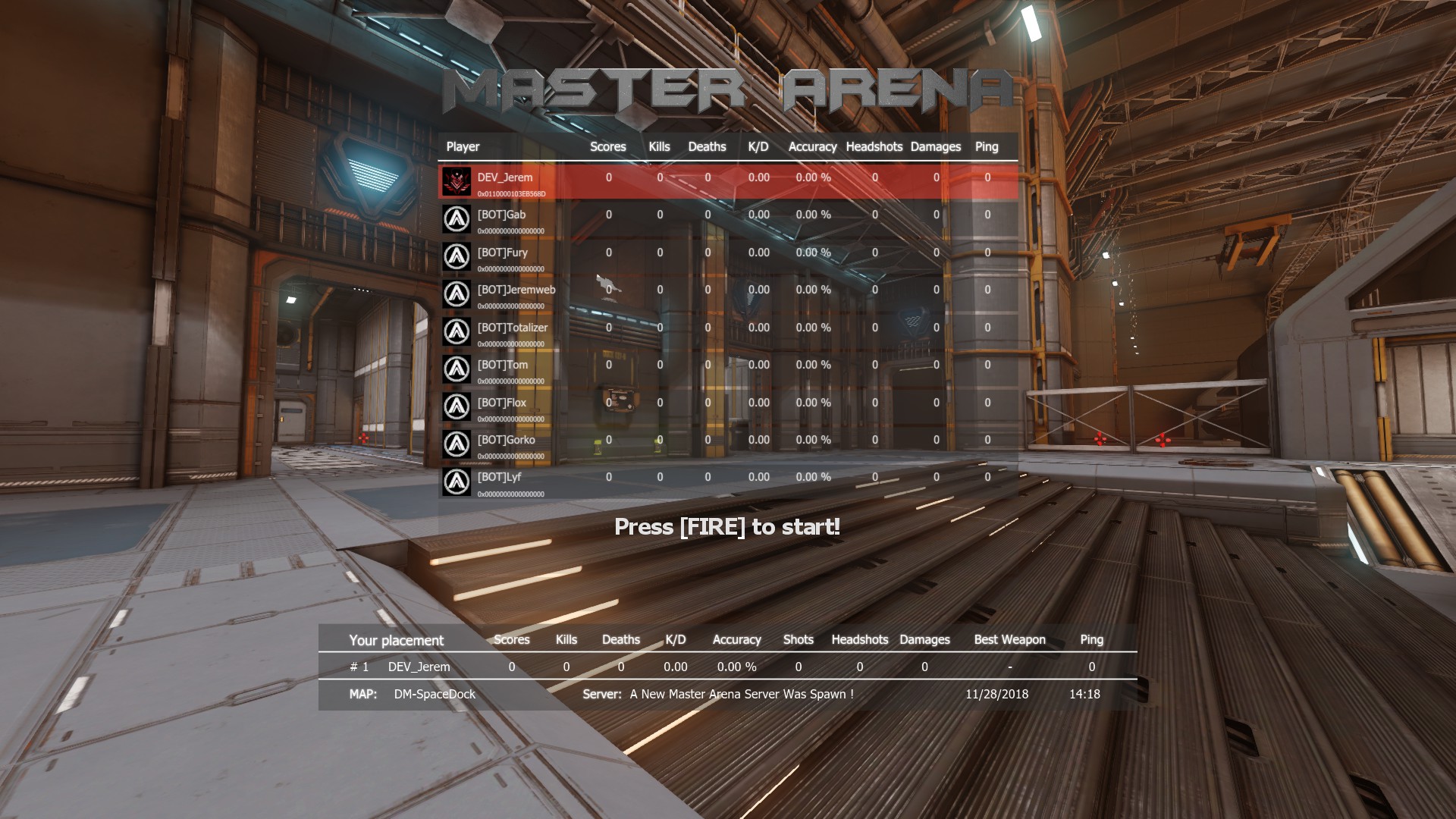 Next, new elements are available in the editor. 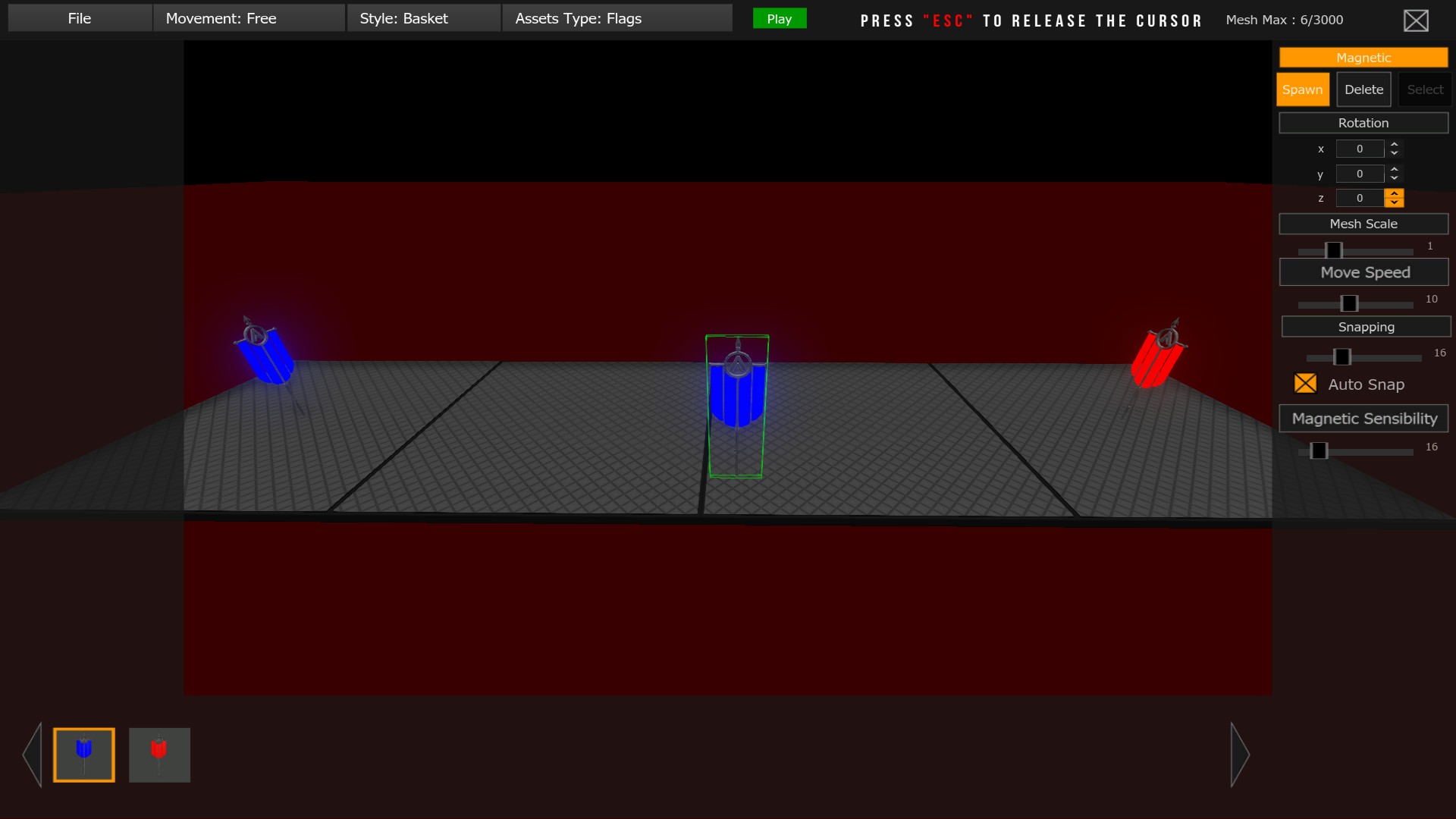 Some explanations about the use of the teleporters: When you select the teleporter in the interface, the mesh replaces the previous one. Put it down wherever you want it. The teleporter is then replaced by a green ball, which represents the destination of the teleportation.
See the screenshot below for the various combinations : 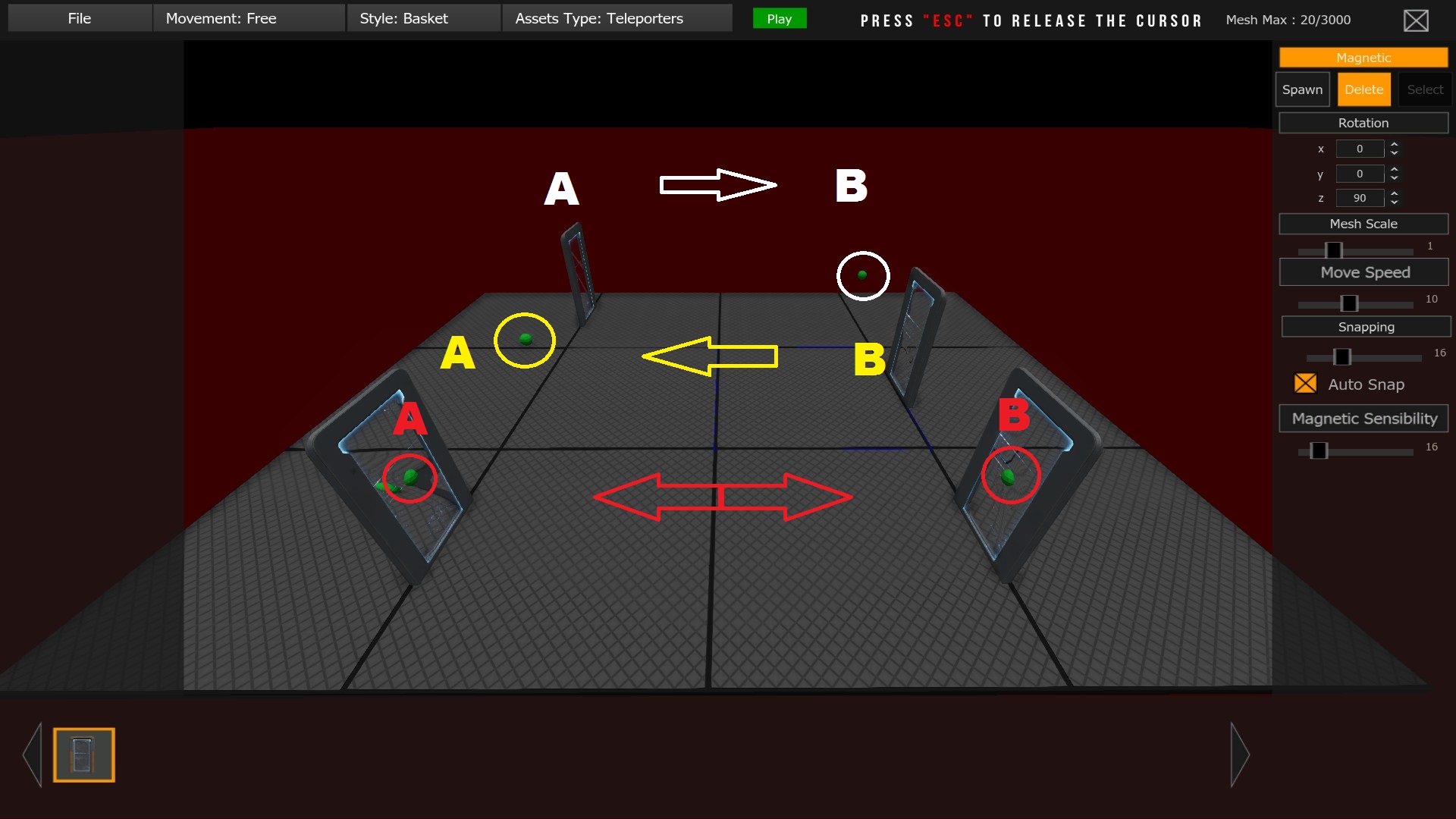 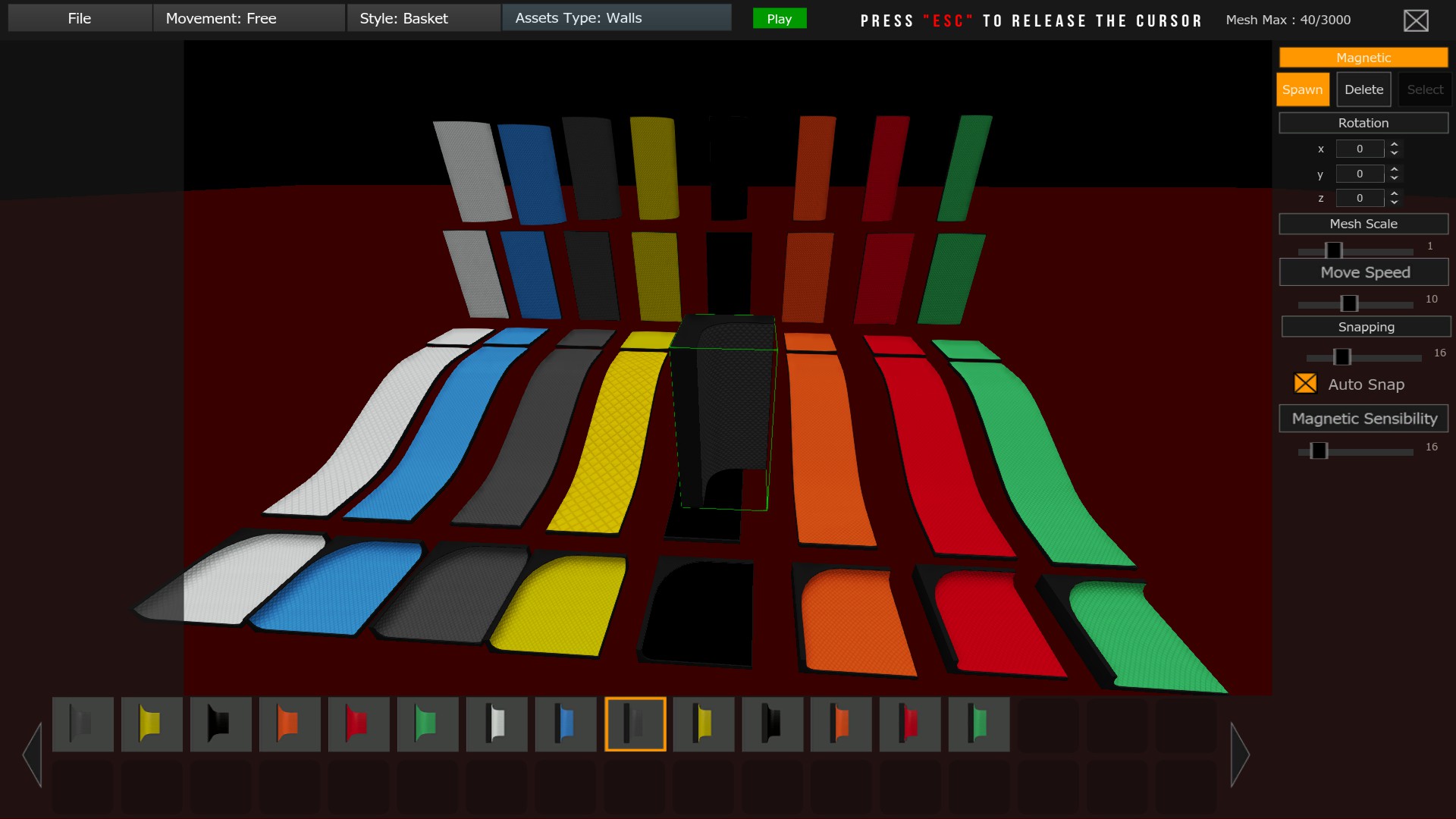 Next, let’s talk about the changes in the gameplay:

>> The Momentum Transfer is the ability to bump your enemies.

For more information about the adjustment of the weapons, check this Google sheet.

>> To put it simply, you will be able to do more wall-dodges before you run out of stamina! We look forward to your feedback about this change. At this time, the boost items are left unchanged (+20%).